The before and after of a reform in Gavà 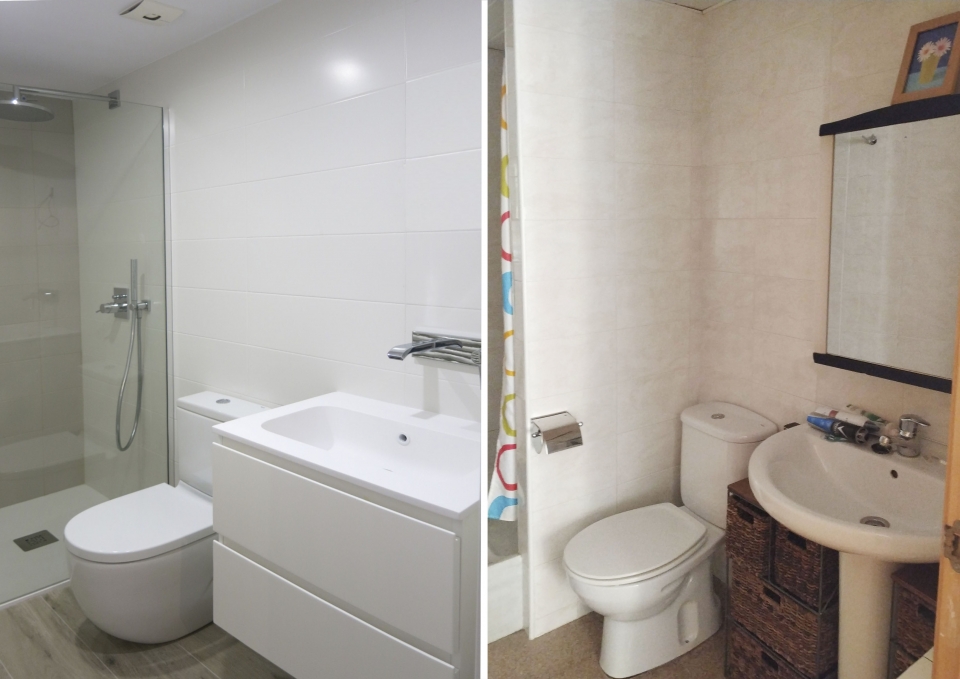 The before and after of a reform in Gavà

Recently we have completed the comprehensive reform of an apartment in Gavà. The task entrusted to us was the reform of a 85-m2 apartment of the 70s. The owners wanted to renew the appearance of the apartment without touching too much the distributions, so the work has consisted of modification of facilities and mostly in the whole renovation of finishes. As for enclosures and partitions, a separating partition between dining room and living room has been removed and corridor doors have been removed to give a more diaphanous appearance to the entire space. Installations have been modified according to new bathrooms, kitchens, new location of electrical mechanisms and duct air conditioning installation has been done leaving the existing radiator heating. The false ceiling of the corridors has been used to place portholes throughout its route instead of the wall sconces. The two bathrooms have been renovated, the kitchen, being now a kitchen open to dining room, all the carpentry has been changed with new swing doors, sliding door and closet doors all in white lacquered, ceramic flooring imitates parquet and the entire floor has been plastered and painted. The final aspect, as the clients wanted, is that of a Nordic air floor, with light and bright colors, as opposed to the shades of origin, colors and laminates imitating wood much darker. This reform has been carried out in just 4 months and has been led by María Egea, interior designer of Maheco.﻿
﻿ 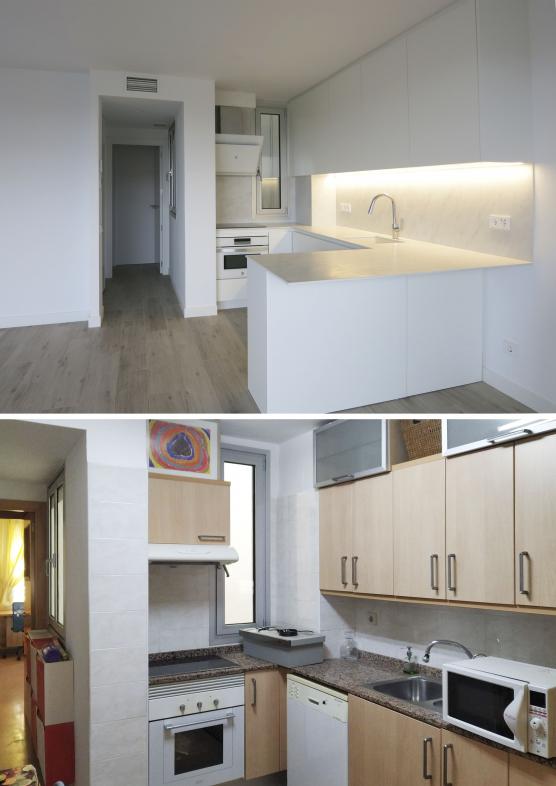 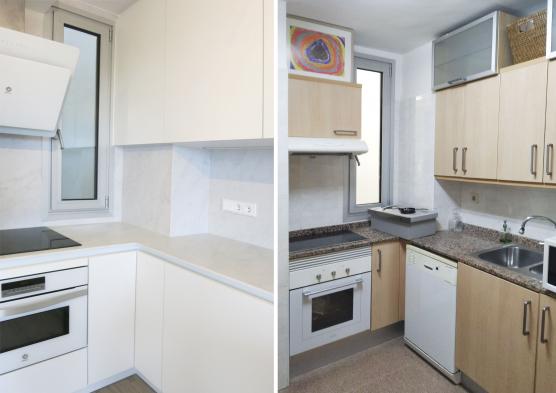 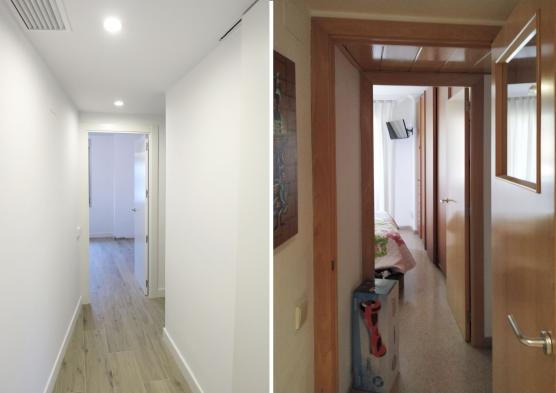 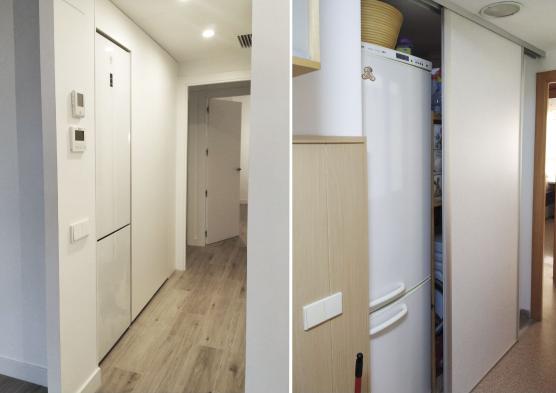 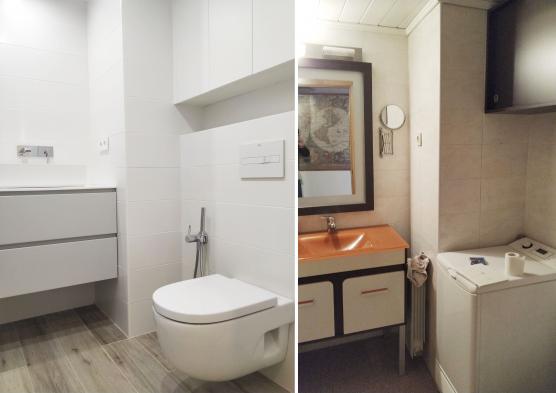 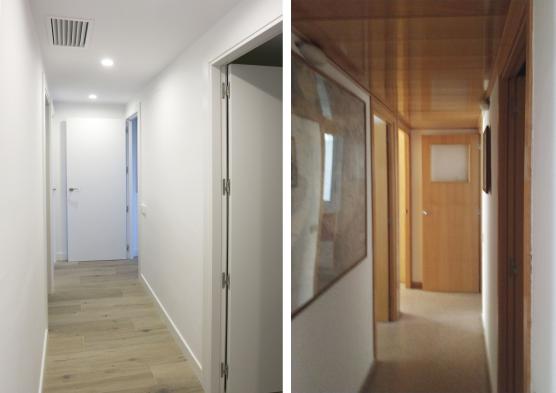 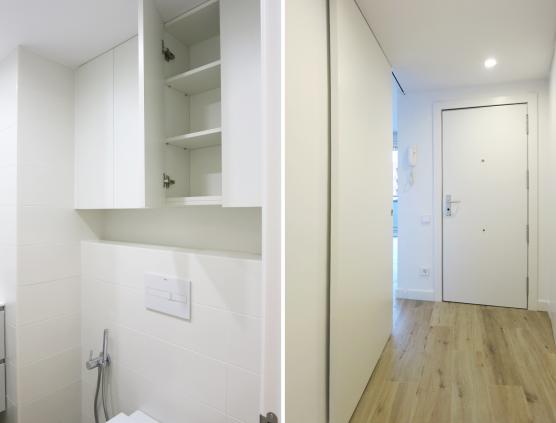