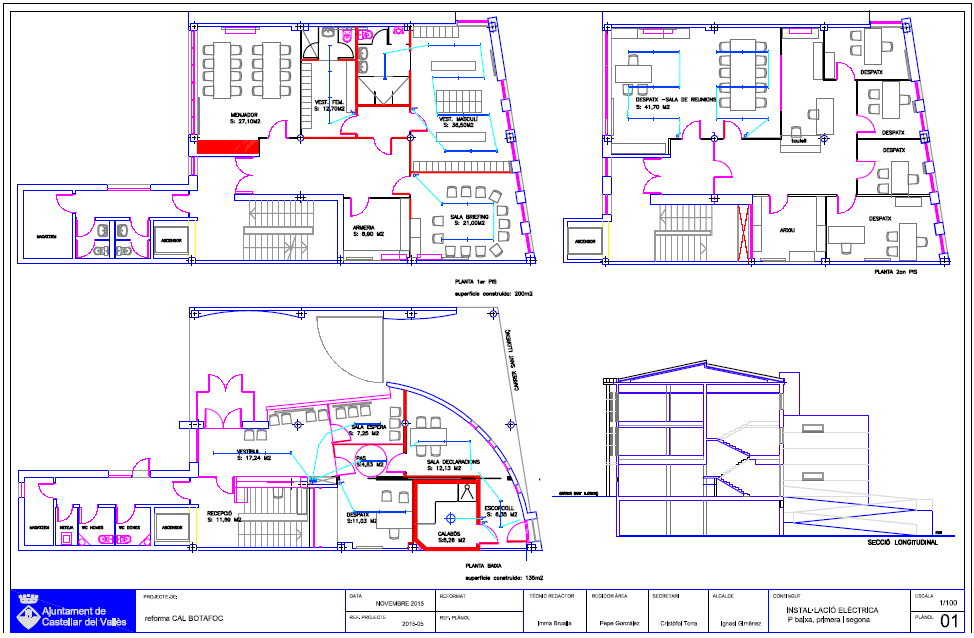 The City of Castellar de Valles has awarded us the renovation of three municipal buildings. The first is Cal Botafoc, whose use will change from being an administrative space to be the new municipal police station. The second is the Mirador, for administrative purposes, in which an office will be enlarged with glass enclosures and dining area is rehabilitated for employees. The third building is the Espai Tolrà also used for administrative purposes, and in which the distributions of some units are changed and new furniture is provided to accommodate staff previously located in the building Cal Botafoc. The project budget is 103,836.08€ and the duration is 2 and a half months, beginning on March 14 and ending on June 30. The project manager is Alberto Camenforte, from Maheco, and the creator of the project is Jordi Llobet, municipal architect.﻿