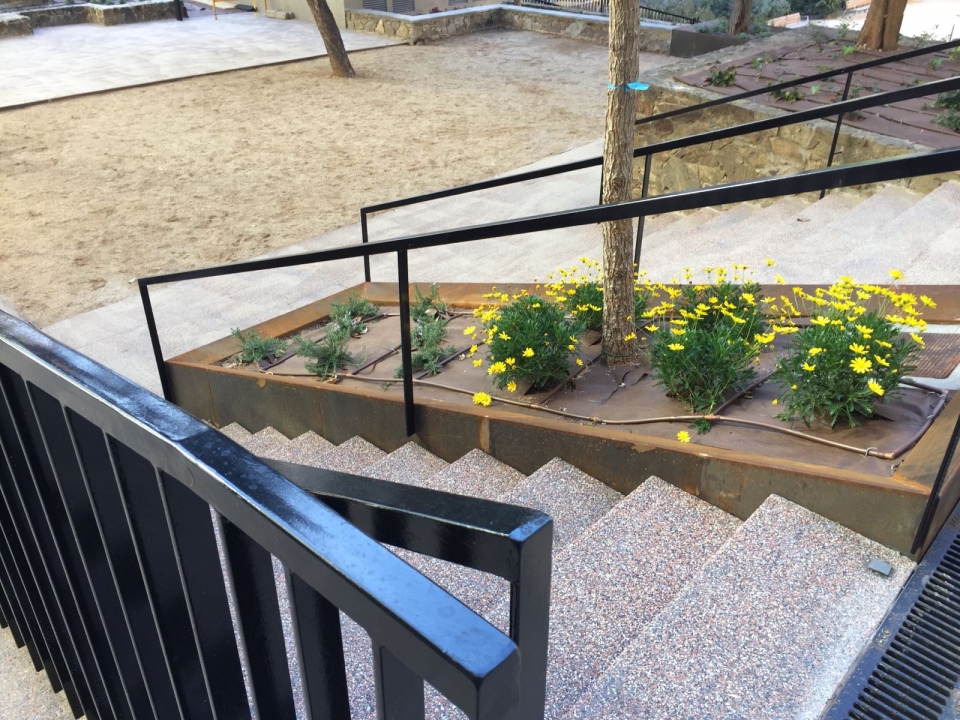 At the beginning of December we completed an urbanization project in a community of neighbors on Carrer Escorial in Barcelona. This project was divided into 3 phases. The first phase was carried out in 2012 and was performed especially in the square located above the parking lot. The actions carried out were: demolition of the square, waterproofing of the roof, modification of the access stairs, ramp and planters of the square, installation of sewerage in the passage of access to the block of Carrer Legalitat, replacement of the pavement of some areas, modification of the exit skylight of the parking lot, installation of automatic irrigation, supply of benches and litter bins and modification of the perimeter fence. The second phase was carried out between 2013 and 2014 and the area that runs from the Carrer Escorial to the Central Escorial block, 50, was refurbished. The actions that were carried out were: demolition of the part of cover affected by filtrations, sanitation and new waterproofing, formation of ramps to improve accessibility, creation of new planters, gardening, replacement of pavement, lining of planters with metal boxes of steel corten and placement of perimeter fence. This third and last phase was developed in the second half of the year 2016 and consisted of the urbanization of the space between the blocks of Carrer Encarnació, 77-89, Carrer Alegre de Dalt, 25-41 and Carrer Legalitat, 50 in order to improve the accessibility of neighbors. The work that has been carried out are: replacement of pavement, modification of lighting with new lamp posts, irrigation installation, new water collection facility, gardening, new ramp formation, new railings and replacement of existing ones. This project has been a success thanks to the work of the team led by the head of works Ferran Badell and the foremen Fernando Labrador and Tomás Moya and was designed by the architects Roberto Aparicio Trigueros, Roger Jornet Ginestà and Silvia Ollé Cortés of the estudio AR47 SCP.﻿ 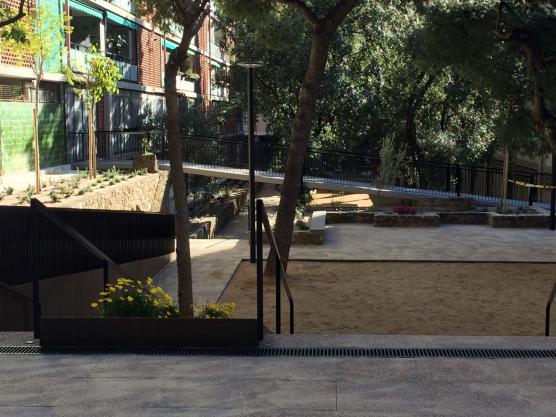 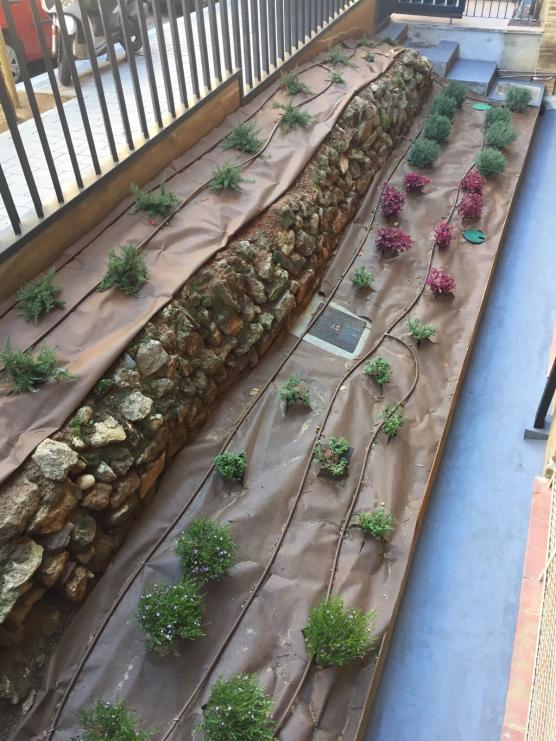 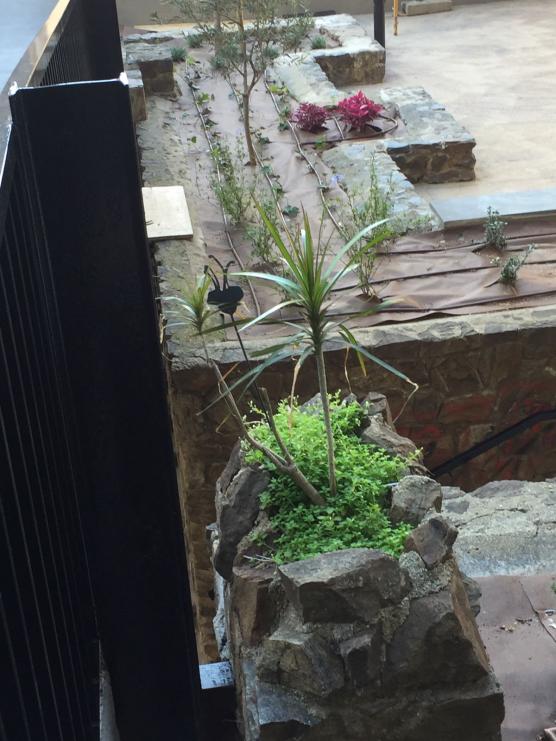 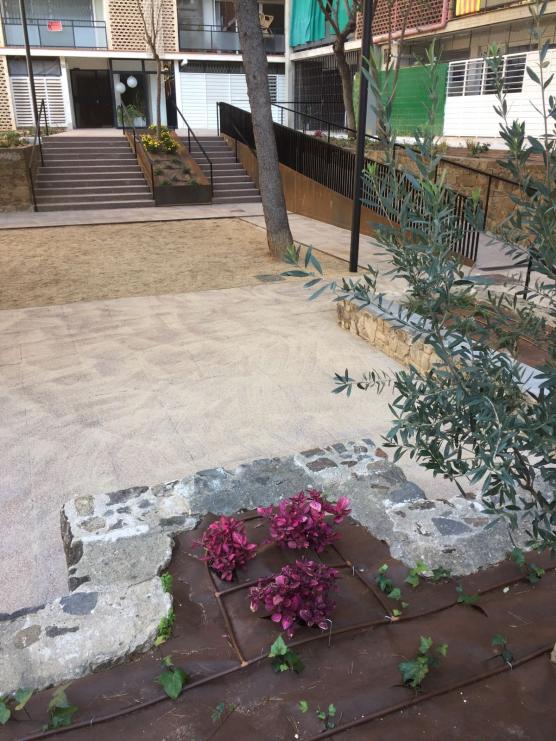 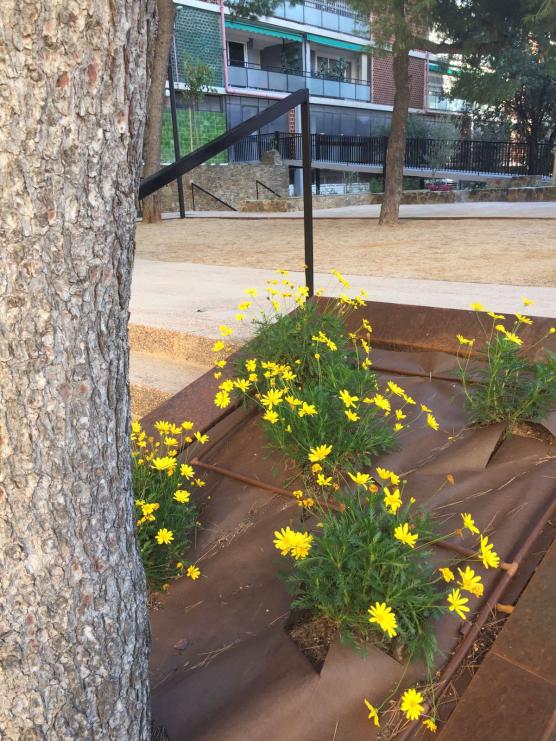